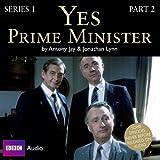 Four episodes from Series One of the classic political satire. "A Real Partnership" sees a governmental financial crisis colliding with plans for a Civil Service pay rise, and Sir Humphrey has to summon all his skills to get past a well informed PM. In "A Victory for Democracy," is the Foreign Office carrying out government policy? Or is the government there to carry out Foreign Office policy? Hacker is about to find out. "The Bishop’s Gambit" sees the PM mulling over who to recommend for the appointment of a new bishop to the Queen. It’s not an easy choice for Jim Hacker. . . And in "One of Us," the recently deceased Head of MI5 has been passing government secrets to Moscow. Worse still, Sir Humphrey headed the Committee of Enquiry.