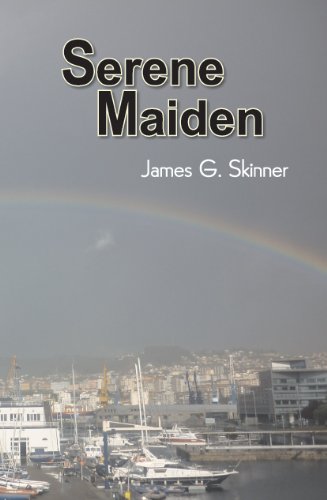 More About This Title SERENE MAIDEN

Stan Bullock, shipping agent and part time Honorary British Consul in Galicia northwest Spain, returns from an annual Madrid consular conference to be confronted with the suicide of Donald Simmons, an English yachtsman whose body was found hanging from a ceiling lamp in a local hotel. After dealing with the police and examining magistrate who clear the case and confirm the cause of death, he arranges to meet the deceased next of kin and prepare the paperwork for the repatriation of the body. Three weeks later, Lieutenant Sergio Quiroga from the legal department of the Civil Guards in Corunna unexpectedly visits Stan at his office. He is convinced that Dons death was not as reported and may be linked to the Al Qaeda terrorist movement disguised as part of the Spanish drug trade in Galicia. The previous unresolved assassination of three separatist movement suspects in a small village in the area three years earlier could somehow be linked. He cannot prove the connection nor can he research for more evidence within his own channels so he asks Stan, with his contacts in the United Kingdom for help. Stan agrees and begins to use the diplomatic grapevine thus breaking major consular rules in doing so. Although the investigation leads to one of the main cocaine cartels in the United Kingdom, it is the terrorists that eventually threaten the characters careers and lives as the storyline reaches the climax just before the London bombings of 2005.Writen in a unique script style, it is rich with consular and other anecdotes as it delves into the sinister world of terrorism and its link with the European drug trade.